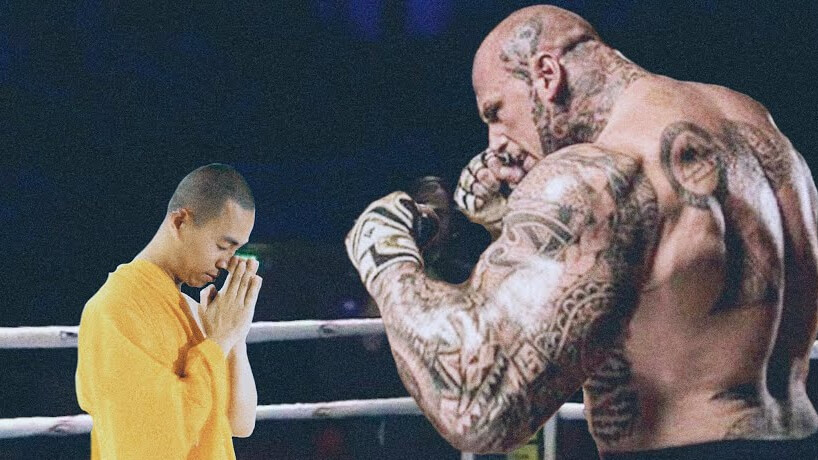 Once there were warriors so brave that they endured the heavy weight of history and challenged us to this day with their courage and warriordom. The bravest of the ancient warriors: the face-tattooed Maori, the silent Shaolin Monks, blood-thirsty Aztecs, sword-wielding Samurai, untamable Sioux, relentless Jannisaries and the Assyrian masters of war.

It was said that Maori warriors ate, slept and drank while fighting. One of the religious beliefs wasmana, spiritual power which could be gained only through combat or brave ancestors . Cannibalism was also frequent as the warriors wanted to feed their mana through the enemy’s flesh. This indigenous people of New Zealand invented a special kind of a war dance haka, a war cry showing their strength, physicality and will, that would chill the blood of any enemy. The bravest Maori warriors and most experienced among them also had intricate face tattoos. Equipped with a spear and a club, they stick their tongues out, threatening they would eat the enemy. The bravest Maori, Hongi Hika, a war leader of the Ngāpuhi iwi tribe, used the British colonizers’ weapons against them in The Musket Wars.

A Shaolin monk was also known as the ultimate kung-fu killing machine that originated in China. Around the time of their existence (year 651), China was in the state of chaos. Warlords fought among themselves, and not even the emperor was safe. During one of the battles, the prince was captured. The monks who discovered what happened, swore to save him. Notwithstanding their peacefulness, they did know a hundred ways to kill a man. They were the Shaolin, masters of the deadly art of kung fu. In the 7th century, the Shaolin Monastery in central China became known as the place of hardest training of body and mind ever imagined. The students would wait outside the temple for days until at least two of them would be accepted in for “training”. One among them who deserved to be trained was also Fu Sheng. It was said that a Shaolin like him could kill a man using nothing but his palm.

In the time when Columbus discovered a strange new world, an Aztec empire revealed how brave the ancient soldiers could actually be. In 1519. Spanish conquistadors arrived in the valley of the Shadow of Death and the capital of the mighty Aztec kingdom, Tenochtitlan. Upon entering one of their temples, they discovered large daggers, diabolical objects and temples smeared with blood. Aztecs believed in gods who were thirsty for blood and human sacrifice. Every Aztec boy born was born to fight and men were ruthless soldiers. But it is outside the walls of their kingdom that the Aztecs proved they were the bravest warriors and fought against their weaker neighbors to exercise power over land and trade routes. The king always fought along with his soldiers facing the same dangers. The most famous of them all was the emperor Montezuma. In Aztec belief, the war had to be always continued so that the god of the sun may feast and reward them with healthy crops and kingdom’s prosperity. Warfare was their lifeblood. Young soldiers were trained from the age of 15 in the House of youth.

One of their tests to deserve the rank of an Aztec warrior was to capture an enemy, tear his chest open and offer the still-beating heart to the gods.

In the year 1160 two greatest Japan clans fought a war of annihilation. Among the defeated Minamotos, two brothers swore to take up the sword and revenge their clan and father. Their names were Yoritomo and Yoshitsune, one of the most famous and bravest samurai warriors, who would later fight many wars to secure the peace among nations. They would follow the path of honor or death – the way of the samurai. From infancy, the samurai were trained according to principles of bravery and courage – cowardice was eradicated at all costs. Professional warriors were born to fight. Samurai’s life was to serve the leader of the clan. They were well-trained in Naginatajutsu, a martial art using a long pole (naginata) but the ultimate samurai’s skill was Kenjutsu, the art of the swordsmanship. The sword came to represent the very soul of the brave samurai.

When the American West was still wild, they were its masters. They galloped the planes as if born on a horseback and fought with such force that it humbled their enemies. Apart from feasting on the buffalo meat and the waters of the great plains, the Sioux soldiers drew their strength in the form of visions: the wolf, the eagle, the bear. In his 14th year a boy named Curlyhair was sent alone into the wild to seek his own vision on his path to warriordom. In his vision, he saw a warrior on a horse and a multitude of arrows that failed to strike him. The little boy would grow up to be the great ancient warrior, Crazy Horse, a name he earned after scalping an enemy and stealing his spirit. Crazy Horse was a warrior so recklessly brave that he was named the chief of one of the three tribes that made up the Sioux, the Lakota. He would live out his life fighting for the land rights of his tribe and against the fiery weapons of the white men.

A single Christian city, Constantinople, yielded attacks from Ottoman Empire. It was not until the arrival of the Janissaries that its safety was seriously put in question. This was the army of slaves, sworn to serve the sultan’s interests. Every time that Ottomans invaded a new territory they would take young boys as prisoners of war, or every five years one boy aged 8-18 taken from each of the infidel families, and send them across the sea. These infantrymen were dreaded by all, destined to spread terror wherever they went. The most faithful would serve as personal sultan’s army and they were referred to as the ancient world’s most effective military unit. Kept under lock and key for up to 8 hard years, the cadets were taught wrestling, swordcraft, archery. In 1445, the Pope declared a Holy War against the Ottomans and the fights escalated during the Battle of Varna. A young prince of Lithuania with his 500 men personal army would see his defeat in the young Janissary Kodja Hazar, who swiftly approached him and with one stroke of his sword decapitated the king. He would later present the head as a personal gift and act of allegiance to the sultan.
Assyria

The mighty Assyrian warriors had their humble origin in the city of Ashur, today known as the area belonging to northern Iraq. However, the land around the river Tigris which was inviting for the farmers also beckoned other unwanted visitors. Assyrians operated plows and wielded swords almost simultaneously. Around 1000 years B.C. the king of Assyria decided to wage war. The power of the gods was in his hands, allowing him to “populate and depopulate the land, to make broad the boundary of Assyria”. His wishes would not be fulfilled until the arrival of one of the greatest military commanders of the ancient world. In 745 B.C. Tiglath-Pileser III used the circumstances of civil war, killed the royal family and occupied the throne. He was the first to have a standing army and to invest in military institutions and equipment. Soldiers shielded with iron helmets, equipped with spears and daggers were unstoppable while pushing the empire’s borders, including the bravest of the ancient army, the barehanded soldiers whose sole function was to protect the primary army, wearing only leather shields. The Assyrian army was ready to fight at all times.