Over the course of the human history, the importance of warriors and their weapons have been immense. Though many of them are just material from ancient stories, some of these weapons exist even today and can be found in museums all around the world. We present to you all types of weaponry that have had a great influence on humanity.

Legends about King Arthur are widely known in English storytelling but rarely is King Arthur considered in Welsh storytelling. A Welsh version of King Arthur is a warrior who wielded a magical weapon named Carnwennan, a dagger with the ability to cast its master into shadow. Arthur used this dagger to slain the witch Orddu and slice her in half. Welsh legend has it that Arthur wielded two other objects given to him by the gods – the sword Caledfwich (the Welsh name for Excalibur) and the spear Rhongomiant. 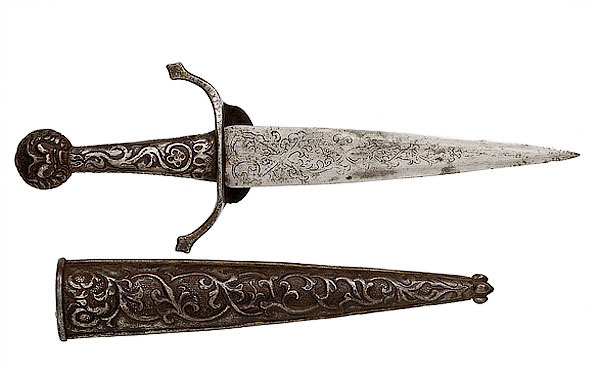 King Arthur is better known for his sword Excalibur, which is often associated with the Sword of the Stone, the sword lodged in a stone that could be pulled out only by the true king of England. This sword is popular for its great powers of blinding its enemies and preventing the wielder from bleeding that was caused by wounds inflicted in battle.

Saint Joan of Arc is a legendary French heroine. She is considered to have been one of the most courageous women throughout the entire history. She is known for many courageous deeds, but little is known about her fighting vessels, that is to say, the holy sword that she found behind the altar of the Church of Saint Catherine of Fierbois. Namely, she had many visions from saints, and one of them was from Michael the Archangel who gave her directions to find her holy weapon. Upon finding the sword, the rust was wiped off completely and five crosses were exposed. Historians agree on the fact she used the sword in battle, but are not sure whether she killed anyone with it.

Taming Sari Is A Famous Kris In Malay Folklore

This asymmetrical and wavy dagger plays an important role in the Malaysian mythology. The dagger is believed to have been wielded by the legendary admiral Hang Tuah. According to legend, the Taming Sari grants physical invulnerability to its wielder. The kris is made of 21 different types of metal. Some parts are covered in wood, whereas others are covered in gold and other precious metals. 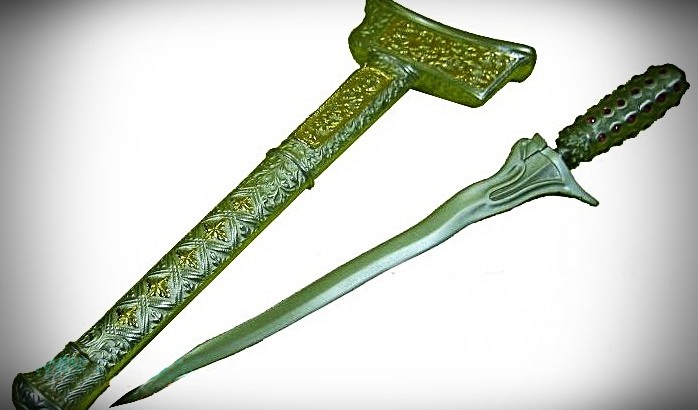 Muramasa Blades Were Reported To Be Lethal

These blades were made by a popular Japanese swordsmith named Muramasa Sengo. At the time of their creation, Muramasa blades were thought to receive qualities from their forger. Due to his violent and insane temper, the swords designed by Muramasa Sengo were imbued with violent qualities. The most common quality of his swords was the ability to possess their wielders and make them deadly warriors. Eventually, Muramasa blades were banned after the tragic death of the shogun’s king who was killed by the very blades.

Mjölnir Was Created By Thor

Not many gods from any pantheon are as popular as Thor, the legendary Norse god of lightning. Thor wielded a powerful hammer called Mjölnir to help Loki challenge two dwarves, Eitri and Brokkr, to design items more beautiful than those designed by the Sons of Ivaldi. Despite Loki’s intervention, the dwarven brothers carried the day. Nonetheless, one of the qualities that made the hammer so powerful was the fact it could not be destroyed. Plus, Thor would have it back in his hands whenever he threw it. 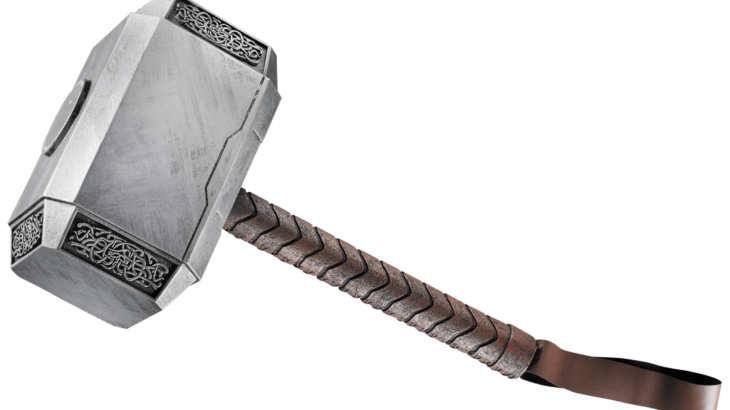 Durendal Was Said To Be Made Of Various Materials

One of the most legendary paladins of Charlemagne, Roland, wielded the powerful sword Durendal. This sword was a combination of different elements: it contained hair from Saint Denis, blood from Saint Basil, part of the clothing of the Virgin Mary, and a tooth from Saint Peter. What made this sword superior to other swords was its sharpness. What’s more, it was said to be the sharpest one that had ever existed, and also capable of holding off a 100,000-soldier army, according to the stories. Also, legend has it that Roland threw the sword into a cliff wall at Rocamadour. 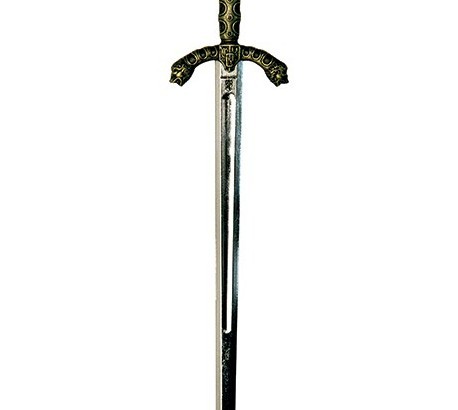 Ruyi Jingu Bang was a sorcerous staff belonging to the immortal monkey king Sun Wukong. Sun Wukong went on a journey to look for a weapon that would match his strength. For this reason, Sun visited the underwater kingdom of the Dragon King where he failed to find his weapon. The Dragon Queen, in turn, gave him a seemingly-useless rod. It had the ability to either shrink or grow to the unbelievable number of 7,960 kg according to Sun Wukong’s will. It could also shrink to needle-size, which enabled the Monkey King to keep his powerful rod behind his ear. 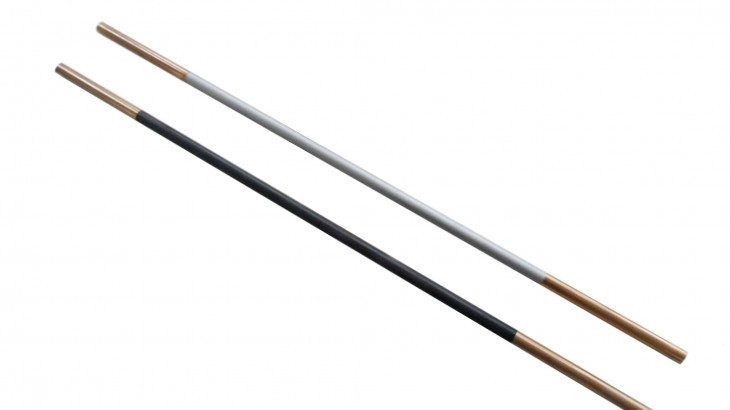 Pashupatastra Was Used Via Mental Powers

Pashupatastra belongs to the Hindu mythology and is one of the most powerful weapons in the folklore. In order to wield this legendary weapon, one had to use his mind, eyes, words, or a bow. The most notable quality of the weapon was the ability to destroy all of the creation and eradicate every single human being. It was the personal weapon of Lord Shiva, who afterward granted it to the warrior Arjuna. It turned out the sword was handed into the right hands since Arjuna refrained from using it knowing its infinite powers.