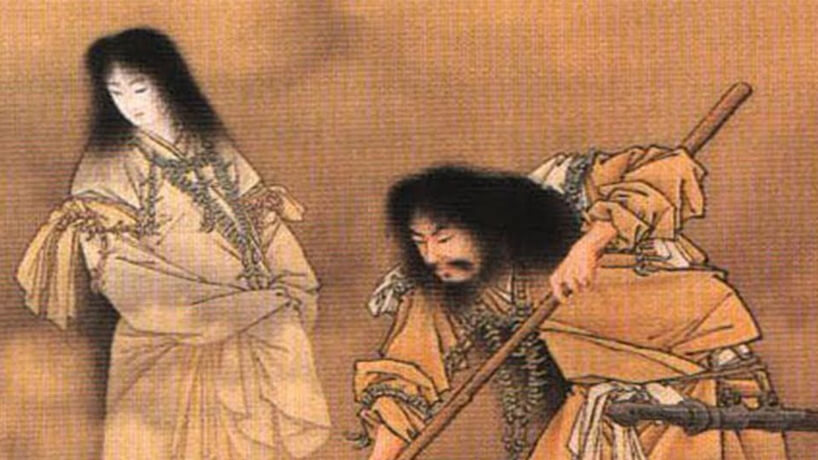 Throughout history, mankind tried to explain how the world came to be. There are as many stories as there are civilizations. Some are well known, like Greek belief that everything started with Chaos and other Titans, or biblical creation of the world in 6 days. But there are some other world creation myths that are less known but also quite fascinating and different from each other.

Many have wondered during the whole history of the humankind which came first- chicken or the egg. Chinese have an answer to this in their creation myths. As in many stories, their universe started with a formless chaos. After a while chaos merged in a cosmic egg that lasted for 18,000 years. Within the egg, Yin and Yang achieved perfect balance. From the egg giant primitive god, Pangu was born. He then went on to separate Yin, from future earth, from Yang, from which sky was born. Every day sky became 3 meters higher, earth 3 meters thicker and Pangu 3 meters taller. This lasted for another 18,000 years when Pangu died. Everything else came into existence from his corpse – from stars and the moon, mountains, rivers, rain, and fertile lands. Even the animals, which came from the flees in his fur. Be careful next time you’re cracking an egg, maybe a new world will be born!

People of Kuba tribe in central Africa have one of unique world creation myths. It has a crucial detail – vomiting. Their creator god was Mbombo, who in the beginning sat alone in darkness and primordial water that covered the earth. All of a sudden, he felt sick so he puked out the moon, the sun, and all the stars. Thanks to the newly created sun, water started to evaporate. Soon, the dry land rose up and clouds were created from vapors. Then Mbombo felt sick and once again vomited. This time from his stomach came 9 animals and men. Those 9 animals went on to create all other animal species. Then Mbombos 3 sons decided to help, creating ants, plants, and kite bird. In the end, Mbombo taught humans how to light the fire. After that, satisfied with his creation, he retired to heavens. Who would have thought something good could come from vomiting, right?

Usually, world creation myths start with gods or some other all-powerful being. But Cherokee Indians thought that everything started with a single bug. In their myth animals lived in the sky realm beneath which there was a vast sea. A water beetle named Dâyuni’sï decided to dive to see what’s below the water. When he came to the bottom he found only soft mud, which he carried to the surface. Mud expanded in every direction and became earth. All animals decided to come down the newly created earth, so they’ve sent a buzzard to make preparation for others. At one point he accidentally brushed the soft mud and thus creating mountains and valleys. When the mud dried animals came down, and as it was still dark, they brought sun to the earth with them. But they have set it low at first, so they elevated it few times to make earth less hot. So next time when you see a beetle, don’t kill it, as it may be a descendant of Dâyuni’sï, whose curiosity started it all.

In Japanese world creation myths, the main theme of creation is sex and birth. Their stories start with a universe immersed in shapeless matter, residing in complete silence. With first sounds came movement and light, which floated upwards from chaotic matter below. That is how heaven and first gods were created. After them 5 pairs of gods came into exitance, each pair consisted of different sex deities. Youngest ones – Izanagi and Izanami were chosen to finish the creation of the world. With a heavenly jeweled spear they churned the chaotic matter below them. That’s how they created the first island. After going down to the newly created island they decided to have sex, as they only at that point found out about their sexuality. As the result of their procreation, Izanami gave birth to all other Japanese islands as well as many of the lesser gods. We can only thank those gods for not using protection during their first time.

Although people are usually afraid of snakes, especially the large ones, for Australian Aborigines it is their god of creation. In their myth, in the beginning, the world was stuck in a state of Dreaming, everything was bare and cold. At the time only, the thing that was awake was the Rainbow Serpent that lived underground. In its belly lived all animal tribes. When it sensed the time was right it got to the top, molded barren the earth, creating all its features. Then the Serpent released the animals from within her. She kept an eye on them, awarding good animals with a human form. Those that disobeyed her laws she turned to stones. Snake then thought people how to get food. She gave every tribe a totem that represented an animal that tribe can’t eat, so there could be enough food for all. So next time take care how you behave in front of a snake, as you may end up as stone if you’re not careful.

In the words of great Monthy Pythons flying circus – And now for something completely different. Opposed to almost all other religion that ever existed Jainism claims that there are no world creation myths at all. The whole world has simply always been here, from the beginning of time. The universe and its constituents – soul, matter, space, time, and principles of motion are eternal and governed by universal natural laws. And according to that rules, matter can’t be created out of nothing so the total sum of the matter in the universe always remains the same. Even the gods follow the same rules and must suffer and change like all other living beings, and even eventually die. And with that in mind, they believed that god, no matter how powerful they might be, couldn’t have created the universe. This anti-creation mythological sounds more like a science class than a religious thought.