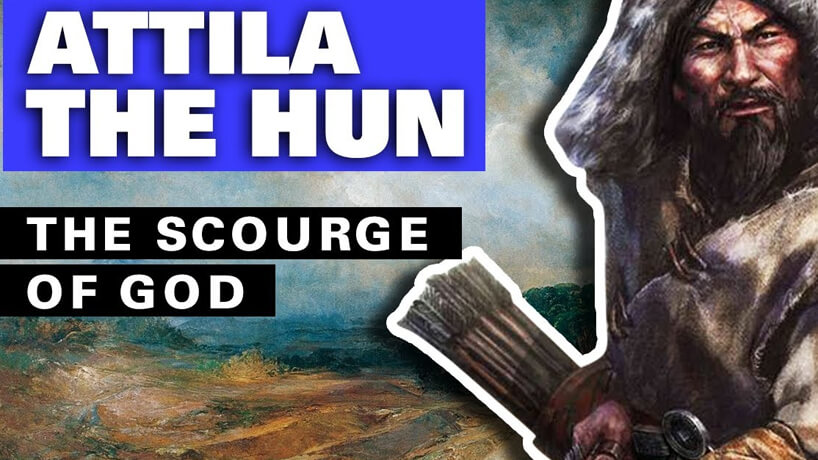 Attila – the Scourge of God.

Attila the Hun terrorized the whole Europe for about 20 years and by the time of his death he was known as The Scourge of God. If you ever wondered why, here are some reasons why his brutality brought him this nickname.

Attila often used tactics that made his enemies tremble in fear. His warriors often attacked scared their enemies with varied and discordant cries making them feel like they were fighting demons or wild animals. They attacked from all side, often from distance, without even a slight mercy for those who stand opposite of them on the battlefield. They spread havoc and disorder among their foes, often managing to plunder the enemy camp before even being noticed. That’s why not many dared to oppose Attila and his wild Huns. 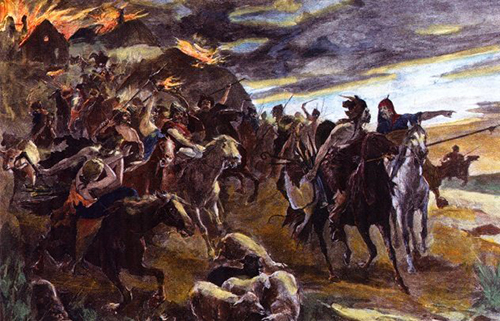 In 437 AD Romans hired Huns to teach Burgundians a lesson for their constant plundering of Rome. Attila accepted and rode to present-day France. Although Atilla and the Huns didn’t have anything personal against the kingdom of Burgundy, they saw no reason to hold back. Atilla’s punishment of Burgundians quickly escalated to the pure massacre. Roughly 20 thousand people were killed, along with Gundahar, king of Burgundy. As a result, the first kingdom of Burgundy collapsed and this event later became a thing of myth, being incorporated in gothic legend Nibelungenlied. 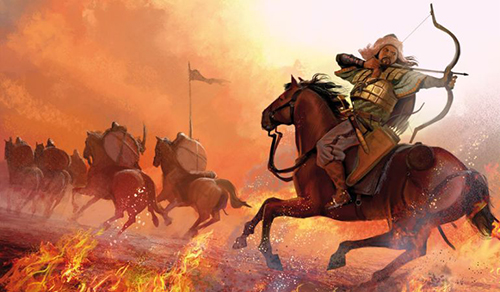 Atilla was definitely not known for showing mercy, but double-crossing him meant not only that you’ll die, but that you’ll die slowly and in great pain. Many that resented his rise to power among the Huns decided it was wiser to run away and hide among the Romans. But in every peace treaty Attila demand return of the deserters. So some of them were caught and sent to him. Their punishment was being impaled on a wooden stake, while they were still alive, leaving them to die slowly and in great agony. 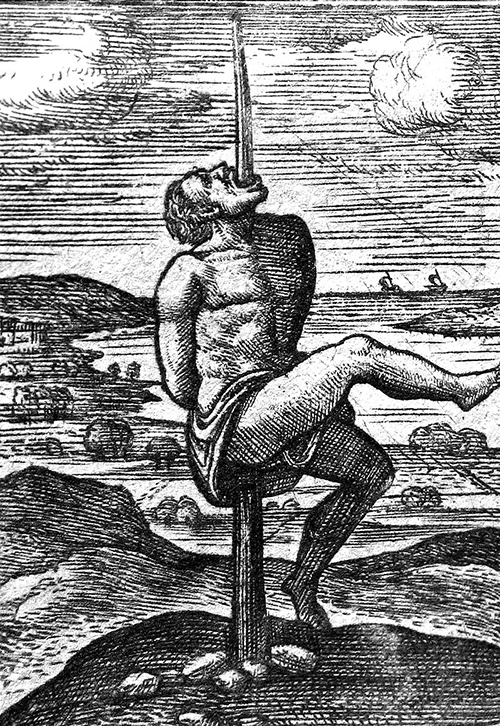 In 441 AD Attila managed to conquer Naissus, the birthplace of Constantine the Great and important trading and manufacturing hub of the Eastern Roman empire. Proving that huge walls were no longer an obstacle to him, Atilla rounded up all the artisans taking them as his prisoners as they were a valuable asset. Then he plundered the riches of the city, wrecking it and slaughtering the rest of the population in the process. Later depictions of Naissus mention it as a deserted ruin. It took more than a century for the city to recover, but it never reached its former glory. 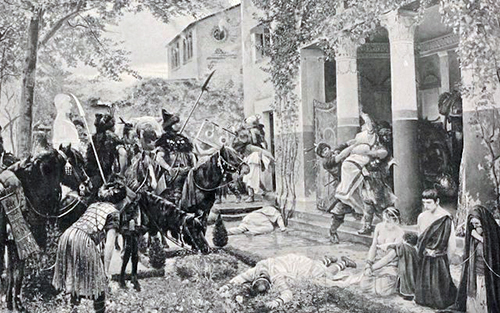 5. He killed his own brother

In first few year Atilla ruled together with his brother Bleda, and they were quite successful in plundering and blackmailing both parts of the Roman empire. But it seems Attila didn’t want to share the fame and riches anymore, so he organized a plot to assassinate his own brother. There are no descriptions of how exactly Bleda was killed, but we can be sure it wasn’t pleasant. And as undisputed warlord of the Huns, the first thing Attila did was to demand even more gold from Rome as a tribute.

6. Massacres in Belgium and northern France

When Attila decided to claim half of the Western Roman Empire as his dowry he invaded what is now Belgium and northern France. During 451 AD he sacked, massacred and destroyed many villages, towns, and forts. Even those who didn’t oppose him, like Trier and Metz, were shown no mercy. He simply destroyed all in his path, leaving a trail of death and destruction behind him. At that point, Atilla surely looked like more like a biblical punishment than an ordinary, human enemy.

Many sources depict Attila as well calculated and careful warrior. He wasn’t the type to act without thinking, that’s for sure. But he loved to wage war, plunder and leave scorched land behind him. As historian Jordanes (6th century AD) said: “He was a man born into the world to shake the nations, the scourge of all lands, who in some way terrified all mankind, … He was indeed a lover of war.” So, in the end, he didn’t do all that killing and raiding just for lute and riches, but for fun as well, making him look truly evil, truly like The Scourge of God.