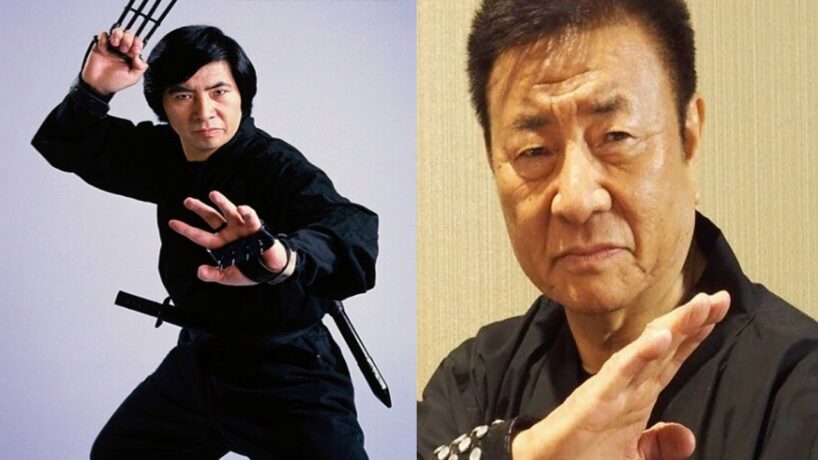 Amongst the wide variety of ninja, samurai, and kobudo weapons that master martial artist and action movie star Sho Kosugi expertly used in his films, TV shows, instructional programs, posters, photo shoots, TV commercials, video game motion capturing sessions, and stage shows, there is without question one that is the most iconic. As legendary as the man who wielded it and helped design it, and which bears his name, this weapon is of course the Sho Kosugi Ninja-To (or SK Ninja-To for short). 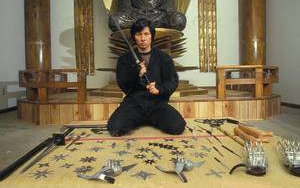 This distinctive ninja sword was featured in all of Master Kosugi‘s many ninja-related and varied projects from its original version in 1983‘s REVENGE OF THE NINJA, to its final screen bow in his last 80s ninja movie, 1987‘s RAGE OF HONOR.

Sho Kosugi wielded the original version of the SK Ninja-To both in his starring role as Cho Osaki, and in the scenes where he doubled Braden. 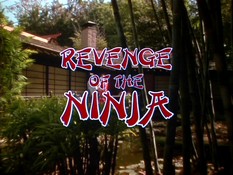 Sho Kosugi wielded the second version of the SK Ninja-To both in his recurring starring role as Okasa, and when he doubled “The Master”.

Sho wielded the second version of the SK Ninja-To as Yamada.

Sho wielded the second version of the SK Ninja-To as Spike Shinobi.

Sho Kosugi posed with various SK Ninja-To on a number of different occasions for martial arts magazines and other promotional photos.

Sho Kosugi once more wielded the second version of the SK Ninja-To as “The Black Ninja” in the Japanese Ninja TV series of the same name that’s featured in the opening sequence, and wielded the third version in his starring role as Akira Saito, which the character forges in the film.

Sho wielded the third version of the SK Ninja-To as Shiro Tanaka.

Not surprisingly, the Sho Kosugi Ninja-To is easily amongst the most asked about things, whenever another fan contacts me. 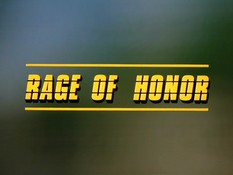 And even though, much like the ninja in history and in Japanese films and popular culture, Master Kosugi‘s ninja characters also used other Japanese blades such as the ninja’s hidden sword, the shikomizue, as well as the standard katana long-sword, so omnipresent was the SK Ninja-To that some might argue that the few ninja roles that Sho Kosugi portrayed without his trusty trademark ninja sword in hand, seem to be missing an ingredient.

The ninja roles where Sho Kosugi didn’t have his SK Ninja-To with him at any point, are as follows:

Sho wielded a standard katana long-sword in his brief but epic cameo.

Sho wielded a tekko-kagi in one hand and a sai in the other as Gali.

Sho wielded sai and nunchaku in this stage show that toured Japan.

And most recently in his fantastic new 2017 DVD series THE ART OF HOLLYWOOD NINJA ACTION FILM MAKING, available exclusively from MastersMag.com, Sho Kosugi Sensei is pictured with his trademark SK Ninja-To on the DVD cover and in other pictures from the same photo shoot posted on his Instagram account @shokosugiofficial, but he wields a prop katana long-sword made of bamboo like his assistants during his instructions and demonstrations.

Additionally, in a very cool bonus segment at the end of the fourth DVD, Sho shows off a collection of swords and explains the differences between them and their uses. Included are the bamboo swords used in the “Sword Choreography” segment, a number of prop aluminum ninja-to used in fight scenes in his various 80’s ninja movies, and of course the infamous SK Ninja-To, last seen on screen 30 years ago in 1987’s RAGE OF HONOR.

Looking at all of these appearances of the SK Ninja-To in so many of Sho Kosugi’s projects, one has to wonder how it came to be.

In an article in the Sept. 1986 issue of SPIRIT OF NINJA magazine, D.M. Kirkland writes that during filming of ENTER THE NINJA:

“Kosugi returned to Japan to research the history, weapons and techniques of the legendary Iga and Koga clans.”

Also, in an article on the making of REVENGE OF THE NINJA in the February 1984 issue of INSIDE KUNG FU, Lou Salome writes:

“To further prepare for his role, Kosugi traveled to Japan and researched ninja weaponry.”

So with that, before we delve deeper into the specs of the iconic Sho Kosugi Ninja-To, let’s look at the ninja-to’s origins in Japan and how these earlier ninja-to found in various Japanese museums, highly regarded 1960’s Japanese ninja films, books, magazines, and Japanese cultural history theme parks compare, and how they may have influenced the look and dimensions of the screen’s most famous and sought after version, the SK Ninja-To.

Established in 1964 in Iga, Mie Prefecture, Japan, the Ninja MUSEUM of Igaryu (伊賀流忍者博物館 Iga-ryū Ninja Hakubutsukan), is a museum dedicated to the history of the ninja and ninjutsu. Located near Iga Ueno Castle, the museum’s collection includes ancient ninjutsu documents along with ancient and reproduced ninjutsu weapons.

Prominently featured amongst the wide variety of weapons, tools, costumes, and other items on display in the museum are a number of ninja-to 忍者刀 (aka shinobi-gatana 忍び刀, aka ninja ken 忍者剣).

A photo of the original museum display of the ninja-to was included in an article in the December 1966 issue of Black Belt magazine:

More recent photos from the museum, show that along with the Japanese text describing each item in the museum, an English translation is now included for international visitors.