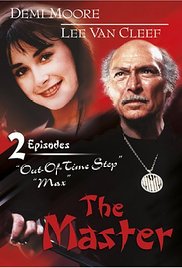 I am first and foremost a child of the 80’s. My formative years were spent watching TV shows like G.I. Joe, A-Team, Knight Rider, and my favorite show The Master. Never heard of it? You are not alone, it only ran 13 episodes. To add insult to injury Mystery Science Theater 3000 used it as one of their background movies, not a resounding review. That doesn’t matter. What does matter is that I was obsessed with all things Ninja. And here was a show focused on an ordinary kid who was going to be trained as a Ninja. I was in.

Step One: Gather your Ninja Weapons and Uniform

I had my Bo staff made from a broken push broom handle. I even had a suit (shinobi shozoko) my mom had sewn for me that Halloween. I was ready if only I could get my hands on a throwing star. Note for Ninjas in training, be sure your mom sews in a bunch of pockets otherwise where do you put all of your secret arsenal?

Remember this is the 80’s, there weren’t many options for acquiring a shuriken in Bothell, Washington. Less even so for 10 year old boys with an overprotective Mom. I spent hours combing through Black Belt magazine, wondering how on earth I could get somebody to send away for that elusive throwing star. Our local mall had a knife store known as Excalibur that had an ample supply of weapons for the Ninja to be. Swords, throwing knives, and yes, throwing stars. The problem was that they had a policy of not selling any of these items to anyone under 16 years old. It would seem my quest to truly become a shadow warrior would have to wait for 6 years. But if the 80’s taught me anything it was that most things were possible in a 30-60 minute TV episode and my experience would be the same. 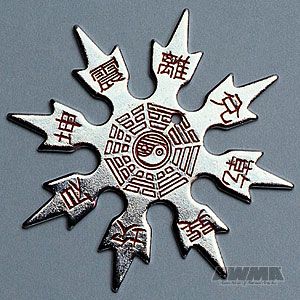 First a note about my Grandmother. She was a very special lady, who I miss terribly to this day. She was first and foremost my biggest fan. It didn’t matter what I did, she would tell everyone I knew about my terrific exploits (whether they were terrific or not). And she loved to have special days out with me. On one of those special days we were down at the Seattle Waterfront and happened to stop by Ye Old Curiosity Shop to wander through all manner of weird stuff like mummies and strange creatures in formaldehyde filled jars. But in the back case, away from the tourists was the holy grail of finds. A case full of throwing stars. And there it was, the chrome beauty with 8 points and a beautiful red inscription of characters and symbols I didn’t understand. It was perfect. Now where was Grandma. I want to say that I had to craft an elaborate plan to get Grandma to buy in to the purchase of the throwing star but it was as difficult as Grandma could I have one of those? And it was mine simple as that. She had no earthly idea what it was, I think she was thinking it was some kind of medallion or cheap souvenir but in the grand scheme of things $5 was on the low end of my asks at that point. I stared at it in disbelief for the entire ride home giddy with desire thinking of the enemies I would slay with a quick throw of my shrunken.

Step Four: Wait for your Parents to Go to Work

The garage door closed, the sound of the Pontiac Lemans V-8 faded away and I headed out to my ninja throwing ground. Now I will say I had no reference on what to do with that ninja star but I gave it my all. I threw it in every way imaginable at the side of our chicken coop. What I didn’t understand was that in no way were any of the points on my throwing star sharpened, and as such would make it exceedingly difficult to stick into the side of said coop. After about 2 hours of solid practicing I was able to get it to stick. It then came a bit easier as I refined my style and before long I was able to stick it at will, although not exactly where I wanted it. Life was good for this young ninja.

As the long days of the summer continued on, my throwing star training became more advanced. One windy day I thought I would head to the woods for some elite practice. You never know what situation you’ll find yourself in as a ninja so preparing in any environment is critical. I saw my target approximately 20 feet away just outside the swamp in a mossy old tree (Don’t Throw Ninja Stars at Trees! They are alive!). I took aim and let my throwing star fly. It flew right into the wind and was summarily blown right into the swamp, never to be seen again. I was heartbroken.

Sometimes Life Doesn’t Work the Way You Want It, Move On and Keep Your Head Up

You might be expecting a happy ending for this little 10 year old. Not this time. It was years before I acquired my next Ninja Star. I was in college and happened by a shop near my university and found some sharpened 4 points that were magnificent in every way. It was this experience as a 10 year old that helped shape who I am today. A renewed passion for all things Ninja Star and the creation of this site. Now I cant help you directly 10 year old boy to acquire a throwing star, that’s up to you, but what I can do is equip you with every bit of information available so that you too could become the ninja you hope to be.