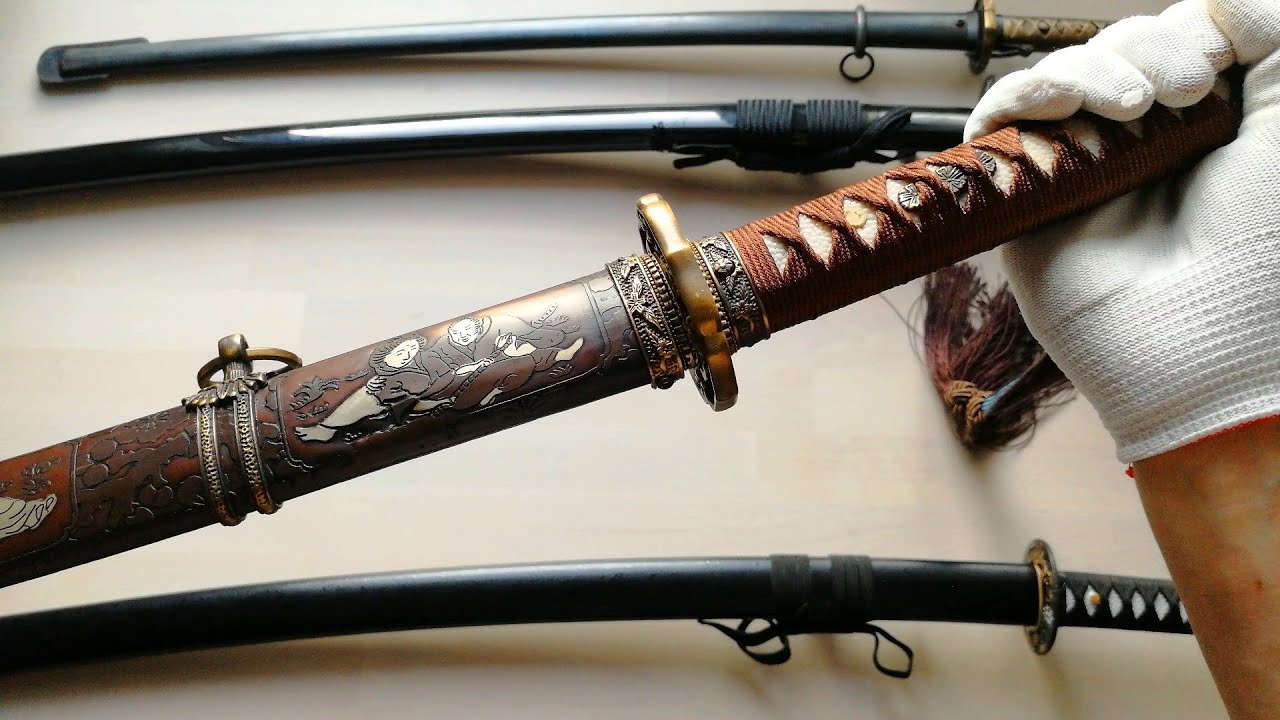 Each sword under these 6 different categories is considered equally special and significant.

Jokoto, otherwise known as ancient swords, are those that were used during the prehistoric times up until the year 900 A.D. Jokoto swords are literally the oldest type of swords that were used by the Japanese warriors. Jokoto swords mostly have straight blades which require a certain degree of expertise before it can be used in the battlefield. Otherwise, warriors attempting to use it carelessly would end up hurting himself.

During the Koto period, between the years 900 A.D and 1596, there were other types of swords manufactured by famous sword smiths. These include Katana, Odachi, Tachi, Tsurugi, Tanto, Naginata and Kodachi. These swords were called the “Old Swords” that being manufactured during the late 10th century. Among these swords, the Katana and Tachi were used the most. Tachi is closely similar to a Katana with only a few noticeable differences.

Original swords made by expert sword smith bore signatures so as to distinguish it from the forged ones. The only difference between a Katana and Tachi is the position of the signature and the way it is held. A katana is worn with its cutting edge faced up while a Tachi is held with its cutting edge faced down. Another way of distinguishing between a Katana and Tachi is by looking at the position of the mei, or the signature of the sword smith.

During the Shinto period, around 1600 to 1764, other kinds of swords became known to the Japanese people. Swords manufactured during this period were called the “new swords” probably because the swords have been made with new materials and by using new technology. It was also during this period when sword smiths began using new methods in creating the swords, diverting from the traditional and ancient ways taught by ancient smiths.  They began producing the swords in volume to meet the ever increasing demand for Japanese blades.

Gendaito followed the Shinshinto period at around 1876 to 1945. The demand for Japanese swords had not yet decreased even up to this period. Swords made during this period are known as “modern swords” because it has been already made with advanced technology. Although these swords are considered modern, some of the methods used were that of the traditional ones. The swords produced during this period were specially crafted by the hands of the swordsmith. It was also during this period when WW II happened, making the swords become a major part of the history, not only for Japan but for the whole world.

Shinsakuto followed after the Gendaito period and the swords fabricated during this time were called “newly made swords”. This period started during the post WW II era and continues up to the present. The swords made during this period are more intricate than before because there are new methods used by most of the new sword smiths today.

Truly, Japanese blades have a rich history which makes it very significant in the lives of many martial artists and historians. At present, you can see numerous swords that have extremely different physical characteristics and features. Swords have been made to conform to the changing needs of the people who are going to use it. Although Japan has now become one of the most civilly peaceful countries, many Japanese nationals still preserve their love for martial arts.

The use of swords is not limited to fighting anymore, especially today. The art of the sword has now become a major sport in Japan and in the other parts of the world as well. Certainly, the art of the sword is now on a different level and have evolved greatly through time. However, the ancient meanings of these swords remain in the hearts of Japanese martial artists and warriors.