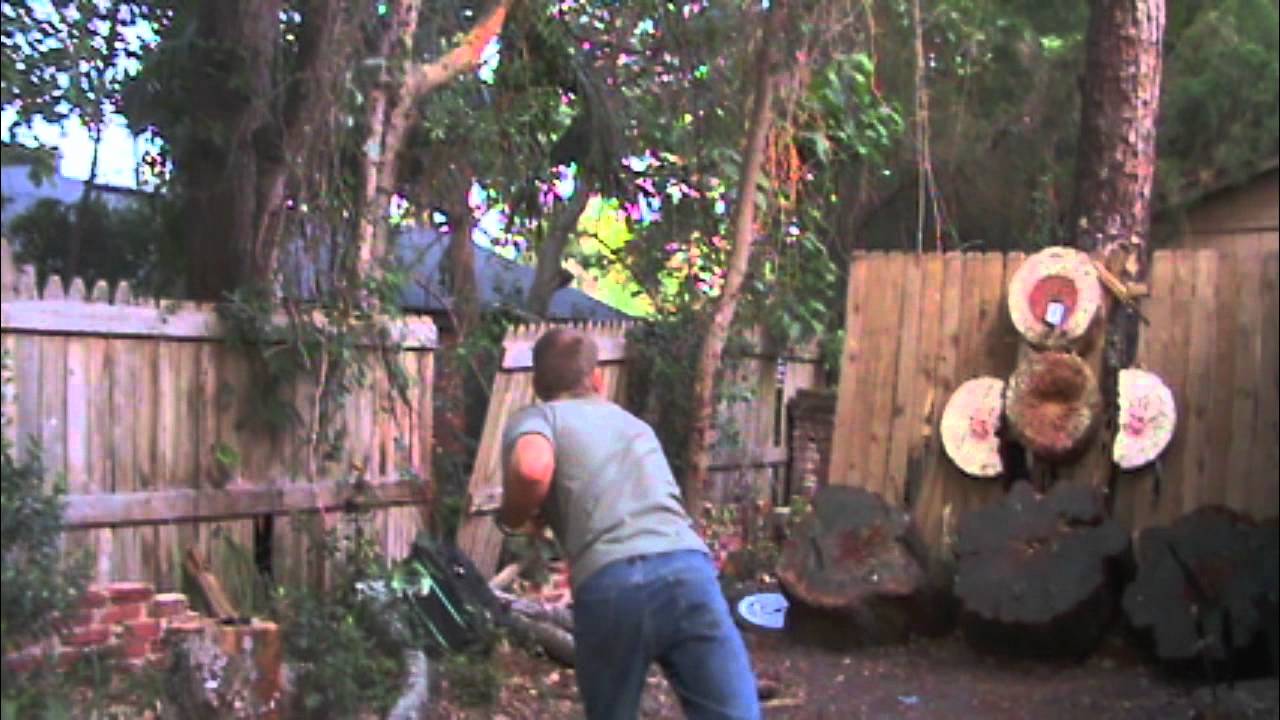 How To Throw With Spin

The key to throwing with spin is consistency.  Here are some steps:

Approximate distances for half and full spin throws…

Also, check out this other post for a more detailed discussion of all the variables that come into play in rotational/spin knife throwing:  How To Stick Your Throwing Knife Every Time

How To Throw Without Spin

There is also the no-spin method (or several methods, actually) preferred by many people including throwing experts. In the YouTube video below, he demonstrates his method, step-by-step:

According to Thorn, there are a lot of elements that need to be considered in order to successfully throw your weapon in the no-spin style. He notes such things as grip, wrist action, finger action, and timing.

Secondly, the wrist action will affect the accuracy of your throw. The proper wrist action consists of a slapping, or flipping action, and as Thorn demonstrates should be in a motion where it is cocked back, then brought forward

Third, Thorn suggests an action where the finger used for gripping “lightly strokes” the handle upon release. This ensures a straightened flight path for the weapon. So basically, the knife handle gently slides along the extended finger during the release.  Allowing the finger to drag along the knife during the release is crucial – it’s what keeps the knife from spinning.  Of course, there may still be some rotation, especially on longer throws, but the proper technique will keep this to a minimum.

There are some guys on YouTube that are excellent at no spin knife and shuriken throwing.  Here are some of them:

Remember that spin vs. no spin is a matter of personal preference for the hobbyist. What about a real-life tactical situation?  I wouldn’t recommend throwing your only knife at an attacker if you can help it, but if you do choose to throw, you’ll probably find a no-spin technique to be more practical.  With spin-throwing, everything has to be so precise.  But no-spin techniques allow for more flexibility.

But that’s all hypothetical, right?  We’re not out there actually throwing knives at people, right?  Right?  [Insert boring legal disclaimer]

For most, if not all, of us, the main goal is simply to have fun!